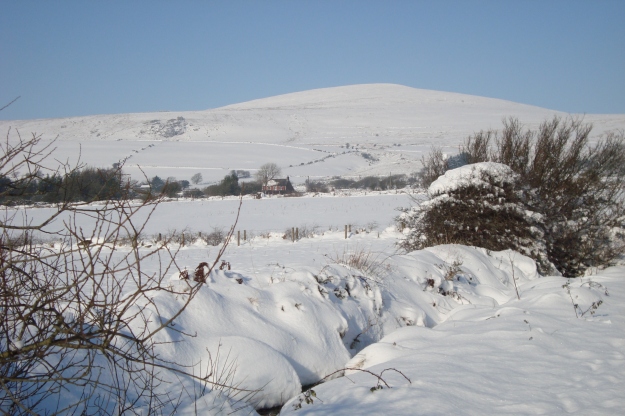 Foel Cwmcerwyn, the highest point in the Preseli Hills, Pembrokeshire, after a fall of snow

Overnight the snow fell softly, steadily, remorselessly. In the early hours of the morning she awoke, confused by how hushed everything was. It was as if time had stopped and her bed was floating in a bubble that was her room.

She slipped out from under the duvet and into her slippers, and padded over to the window seat.

Flakes floated past the pane, then more, and more, and still they came. She knew the covering would be thick in the morning. Though, come the dawn, the house would be even more isolated, for now she felt cocooned, insulated even — insulated from outside interference, noisy visitors, passing traffic.

If she stayed awake she would go down later, light the kitchen fire, perhaps let the hens out early. But for now she would take in the unearthly light reflected off the settling snow, bask in the stillness, watch the frozen sky feathers floating down onto the vast white coverlet.

Later the phone would ring and she would ignore it, and if it continued she would take the receiver off the hook.

At present she would contemplate eternity for a while longer.

An exercise for a creative writing class, based on a selected picture (though not the one above.

Nor the one below). 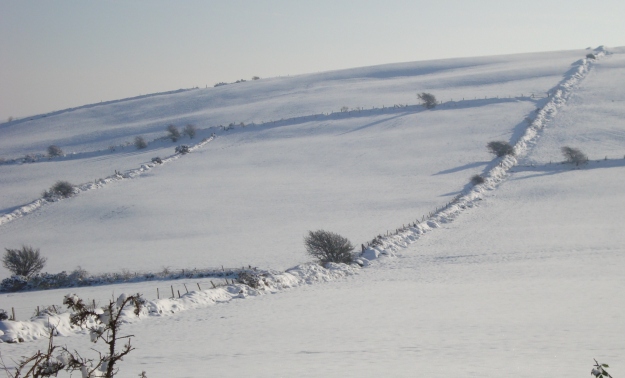